Pressing Info:-  First Press of 700:
Figures taken from Merge site account for approx 570 of 700 records, its unclear which variant makes up the remainder of the pressing.

Variants:
Three vinyl variants as above, the mint and tricolour ones come with sleeves signed by band members.

“Our Work Is Done” is an imaginary conversation between the last two living residents of a hot and dying planet. Damian Abraham from the band Fucked Up lends his gravitas to the situation. “Total Eclipse” is a song about a different kind of holocaust, originally performed by Klaus Nomi. When I saw the film Urgh! A Music War, the Nomi clip blew my mind. I didn’t know what to make of him or the performance. Truly a unique artist trying to convey the urgency of several emergencies at once.

The news these days is overwhelming, and sometimes it’s hard to focus on the larger issues we are all collectively facing. Climate change is transforming the world in dangerous ways and requires immediate action. The proceeds from the single will go to Bill McKibben’s 350.org, and we stand by them as they build the global grassroots climate movement that can hold our leaders accountable to the realities of science and the principles of justice.


...the third in a series of Superchunk benefit 7-inches and follows “I Got Cut” and “Break the Glass” which were released in 2017.


Sleeve Notes & Dream Themes:
At first glance this looks like a Fucked Up record and at first listen it sounds more like a FU record than the equivalent first listen to half the tracks on DYD.

At second glance its clear there's more going on, it looks a lot like the work of a FU superfan, if not someone closer to the band. Whether or not it also happens to be one of the mysterious DYD satellite records is not made clear. The other known ones were confirmed only by oblique mentions of previously unheard of bands on random FU social media. An understated advertising campaign in anyone's book,  you got the impression they'd have not  troubled even with this, were it not for the inherent marketing problems faced by previously non-existent bands  maerialising into this universe

Superchunk  have materialised long enough to not have this problems, so at third glance you're forced to wonder whether the total absence of written word linking this to DYD  is because it has no connection, or because it speaks for itself?


The ''Time Face" image was created by Ryan Travis Christian, an artist who focuses on the paradoxical relationship between childish cartoons and ominous messages, musing on the technological and material obsolescence of his inspiration.

Events turned out happily for Bloom, but in the DYD universe, the planet formed by this little record is a place of nightmares. The timeface cat blocks the way, like the inevitable face of death portrayed in Max Klingers (Year of the) tiger, but whereas the tiger is framed by a rocky gorge, preventing any other route to paradise, the cat stands in front of total desolation, a paradise no more.

Back Cover
According to studies funded by OPEC, vinyl records are the primary driver of western carbon emissions and responsible for 75% of marine micro-plastics, which is worth contemplating as we turn to the Superchunk band portrait on the back panel. This looks to be a play on the imagery used on classic 7" compilation LPs, like the ones below:

Looks to be a reference to Captain Friday, he's a kind of middle-manager in the outer church Our work is nearly done

Remember that time some nerd asked Brian Walsby to make a couple of sleeves for test pressings?

Brian made this 'Damian Jug' one for "Dangerous Fumes",  the nerd liked it a lot but thought it was pretty random... 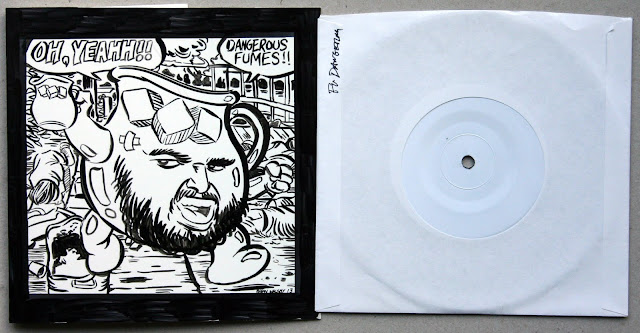 ... then, years later he noticed this Cheap Tragedies 7", and realised that far from being random, it was based on the same 'Jonestown' image as the Dangerous Fumes 7"  it's actually haliechukien in its appropriateness.

Even more not randomly, Brian cunningly avoided any copyright concerns by being the  artist who did the original image  for Cheap Tragedies 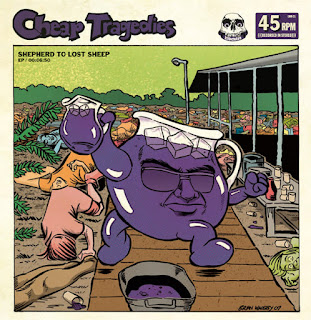 Here's Walsby's artwork for the Nerd's Hidden World TP - the nerd loved it and thought it kind of made sense  - the David Comes To Life 'mask supper' in the top right seemed particularly apt and the other song titles are on there and maybe the comic book layout was an Invisibles ref and the layout of central circular piece with radiating lines could have be something to do with the Sun - but what the hell was the angels bit in the bottom left about?? 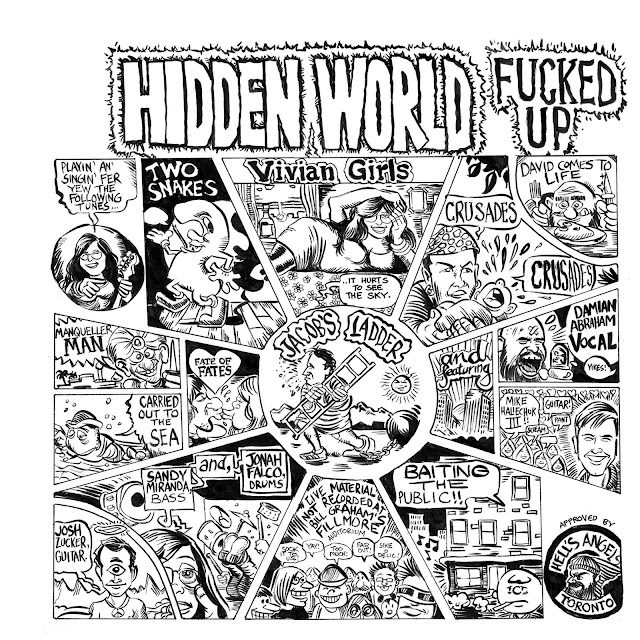 Fucked Up liked it though used it on a Tshirt and tote bag merch for the anniversary tour for Hidden World.

Years later, the nerd found this 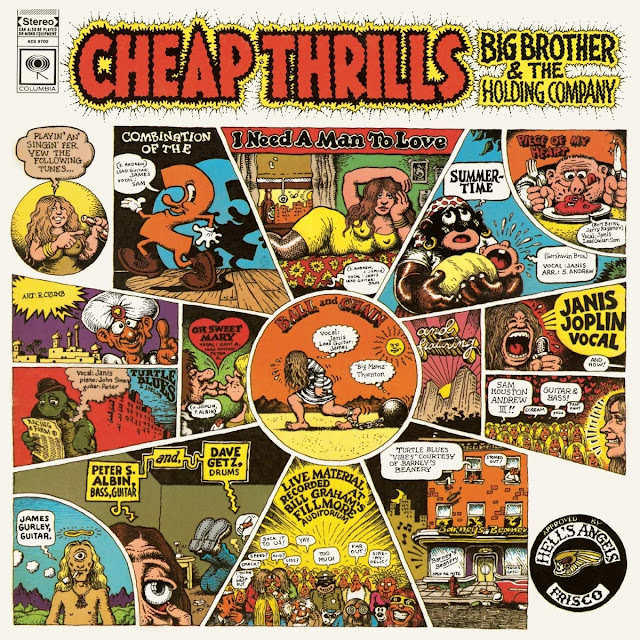 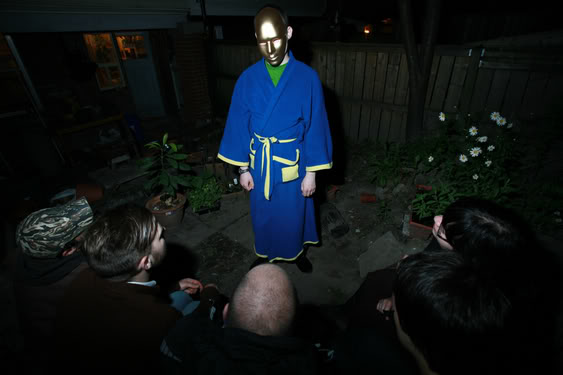 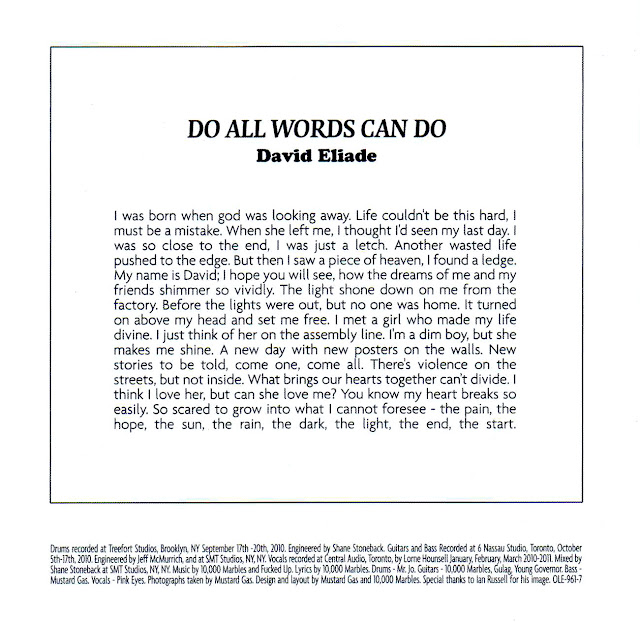 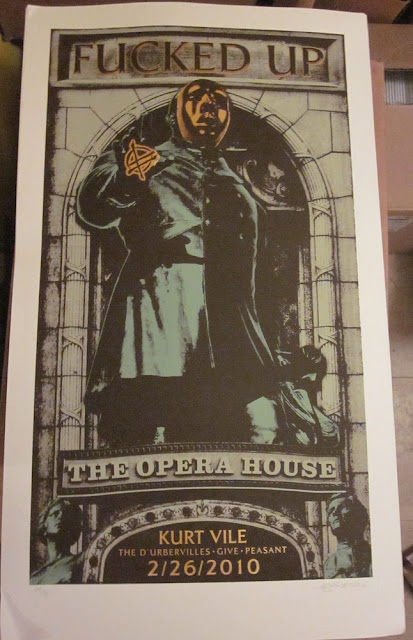 Like 2011’s David Comes to Life, Dose Your Dreams, the fifth record from incomparable Canadian hardcore omnivores Fucked Up, is a heavily conceptual album. It is staggering in both scope and stretch.

But where David Comes to Life was the portrait of the artists as a young band, Dose Your Dreams is Fucked Up’s Ulysses. Like James Joyce’s masterwork, it’s a dense and sprawling text marked by intricate nuance and complexity. Its stream-of-consciousness narrative is so stuffed with characters and tangential ideas that it should really come with footnotes.


—Tell me, Mulligan, Stephen said quietly.
—Yes, my love?
—How long is Haines going to stay in this tower?

The doors swing open (our hero enters, the happy office worker, his time fully filled by a fulfilling job.  David is not named, but his familiar presence is felt in his straightforward delivery, apparent misplaced enthusiasm and the sense his happiness is fleeting. Mircea Eliade (David's mum) suggests this might be because repetition emptied of its religious content necessarily leads to a pessimistic vision of existence.) and the smell is back, (recalling the way David perceives things in The Other Shoe: "Love the smell but I hate the taste")

One deep breath in

When I was a boy, Fucked Up would release info / teasers for upcoming LPs in one convenient place. Nowadays, you have to scan multiple sites, picking up snippets like a lot of tasty aperitifs. That's great, but it's difficult to keep track of everything. I prefer things in the equivalent of a family bucket, with indigestible fries, (and pictures, obvs) so that's what this is.

This album is about the freedom to live, to dream, and to make new dreams come alive in our real lives, which have been fed over to the forces of greed, social media, reification, consumerism, and social media. I can still remember when there were other dreams to be had. We read fantasies and history and the adventures of those who came before us, the failed romantic revolutions, and the struggles to make something different. I made this record to remind people that all those dreams are still up in the air, and that it’s up to any of us to grab one and make it real. You still get to have your own dreams and you still get to live your own life, in this era where social media and phones vie for our attention and take away all our time and put our emotions and relationships under lock and key and into shining little boxes, where we are more connected than ever, but more alone. Where we live in a world led by those so afraid that their only dream was to make money, and to make sure everyone had the same dream, those who would scold us, and make laws against us, and send us to work and to school, to shoot us and kill us and to lock us up and distract us, and kill us, forever. We remember other dreams, and we remember when living in other ways wasn’t just a dream. FUFB Jul 23 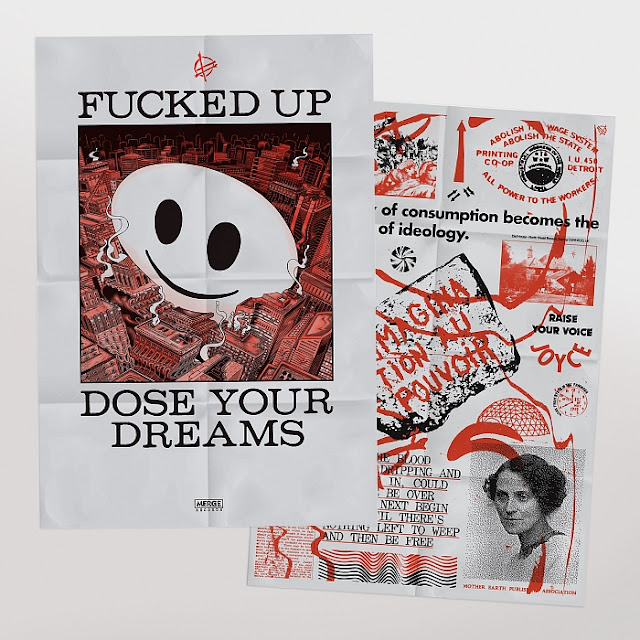 The drama unfolds like a miniature world of many parts being explored, a map being illuminated, location by location.
As with David Comes to Life , there is a story here. David—who once came to life—is now indentured to a desk job. David meets the elderly Joyce who closes his eyes, opens his mind, and sends him on a spiritual journey. David embarks on his own metaphysical odyssey. He sees a stage adaptation of his own life. He speaks to an angel in a lightbulb. He sees an infinite series of universes as simulations within simulations. Meanwhile, Lloyd—Joyce’s lover—was sent, decades ago, by Joyce on the same odyssey, but was lost in the void. Lloyd seeks to be found and reunited with his lover. Where will David end up? Will Joyce and Lloyd be reunited?
Dose Your Dreams—meaning: treat your dreams as you would a dream, allow yourself to be lost within them, allow them to open your heart and your mind, enjoy them as you would a drug. Reach out for my hand and pull me close. Owen Pallet Aug 15

Dose Your Dreams covers -- take a deep breath -- time traveling, anarchy, simulation universe theory, love, existential doubt, self-sabotage, suicidal urges and inescapable corporate culture.
“That's the Dose Your Dreams thing. Everybody has a dream of how the world should work, and certain people and certain companies make their dreams come true,” Haliechuk opines. “Unfortunately, the people that try the hardest to make things happen, it seems their only dreams are about making money and selling things to you.” Billboard Aug 15 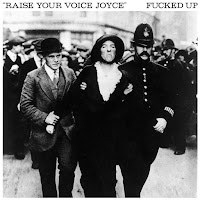 “Raise Your Voice Joyce”, the first single from their fifth studio album, the sprawling odyssey Dose Your Dreams. The A-side, an exclusive single mix of the album track, concerns Fucked Up’s perennial hero David as he encounters the revolutionary sorcerer Joyce Tops, set to an incendiary Buzzcocks-inspired stormer that features backup vocals by Jen Calleja of Sauna Youth. The B-side of the 7-inch is a cover of Anna Meredith’s “Taken.” Merge

Badarayana thinks the Joy in Joyce is a reference to ananada the substance of Consciousness which emanates the material world - he also thinks the DYD sleeve shows this happening in a way that references comics? 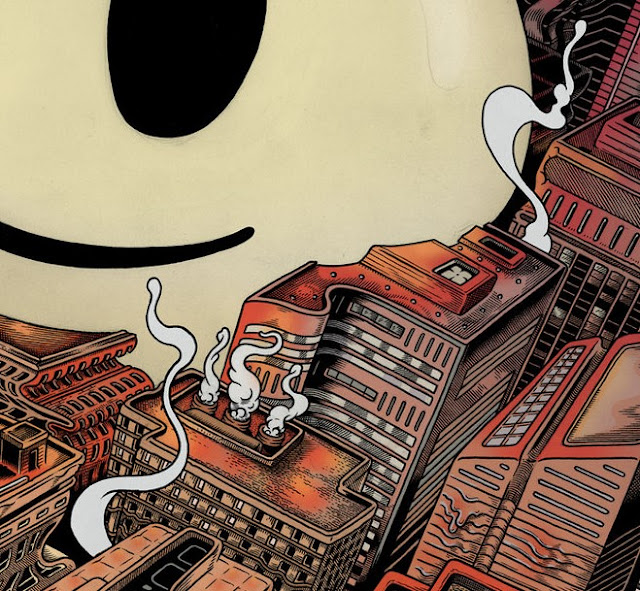 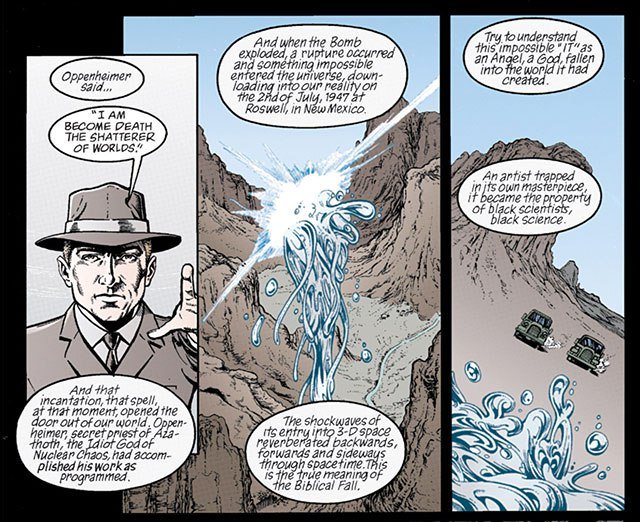 Lloyd in the Void:


This is here because

(They're not really banned, just tucked away out of site and framed as lunacy)