SECURITY BY OCTAVIO ST LAURENT. EXPERIENCED IN THE TRADITION OF WILSIM PUBOLOGY. ALL INSPIRATION FROM DAVID ELIADE. (Extract from credits)


(Thank you to Kevin Pedersen for the YOTP pressing info!)

Sex work, the "oldest profession" has always been one of those tricky jobs made into a languid moral debate that places practitioners into the dangerous no-mans land of legal limbo. Like the war on drugs, prostitution is never going to disappear, and attempts made to its further criminalization only make sex work extremely dangerous for those who do it.

We're putting out "Year of the Pig" in June, which will address some of the issues brought up in 2007 surrounding of sex work, specifically the trial of Robert Pickton in British Columbia, following the disappearance of more than 60 prostitutes. All too often victims are made the scape goats, chosen to characterize and wear the sin or moral outrage society chooses to place on particular activities. While it is prostitutes who are arrested, raped and murdered trying to make a living, they are also made to internalize and launder our own guilt and shame surrounding these issues.

SPOC, the Sex Professionals of Canada, work to make prostitution (which is not illegal in Canada) a safer occupation for its practitioners. They work to decriminalize those aspects of sex work that remain illegal (read the article), work to organize prostitutes toward activism and maintain a "bad date list" as a safety measure against bad johns.

Hard issues like sex work, drugs, poverty are issues that people are often afraid to face head on, yet usually have direct effects on people who they make live or work most closest to. SPOC deals with these issues every day, and we are proud to make this attempt to support their work. So please flood the block for this benefit:

In 2007, the good become superior and the bad become worse. The enlightened continue on their path to understanding and contentment. Take a stand, speak your mind during this Pig year."

The theme for Year of the Pig is exploitation and violence against women, using prostitution as a main symbol. We recorded this while the Robert Pickton trial is picking up here in Canada - Pickton is a farmer from British Columbia who has been charged with the murder of 26 prostitutes from one of the poorest districts in Canada. We feel that violence against women, represented here by the issue of prostitutes rights in particular, is an issue that is still taboo, and rights for sex workers is an issue that people are still afraid to look at head on, and deal with in a meaningfull way. Sexism exists everywhere and as we've seen in the Pickton case, it can far too easily manifest as abuse, rape and murder shut out from the public eye. This violence is more easily accomodated when working prostitutes aren't protected by the full scope of the law in their workplaces, and when their role exists outside of the purview of our collective morality. In this way, we also view violence against prostitutes as symtomatic of our society's tendency to try and launder our collective guilt and shame through a third party, in this case prostitutes. They exist as a special part of our culture where we can lash out at them, of our own shame and guilt with sexual issues of shame and possesion, and blame and exploit them, instead of dealing with those issues ourselves. Sexism and violence agaisnt women exist, and as long as there are classes of society that we keep beneath our collective moral societal obligations, those classes will bear the full brunt of the hatred and fear we can dish out. We also with to state that "Year of the Pig" is not the attempt to condemn Robert Pickton, or any other individual specifically for any specific crime - the scope of these issues are broader than isolated incidents. The habitual compartmentalization of these sorts of crimes is part of the problem - we wish to state that sexism and violence persist not simply due to the actions of a few deviant criminals, but because as a whole we refuse to properly deal with these issues.

We wrote "Year of the Pig" according to the spacial and spiritual rules laid out in the Chinese Zodiac. We do this once a year – last year was "Year of the God", next year is "Year of the Rat". It is a special process we only bring out for these yearly rousing recording sessions. It is a 60 year cycle, so accordingly there will be 60 of these 12"'s, by us or by the bands we pass it down to. The combination element for this year was gold, so (as usual), we tried to surround ourselves with as much gold as possible in the studio – a few people came up who had fronts in their mouths, and we all had to borrow our parents jewelry. The lights from the studio were cascading off all the pieces in the room. The Heaven element for this year was fire, so we also managed to put up a huge fire in the middle of the floor. We did the drum tracks only with the fire, because we had to move the set-up onto the roof of the building. For us recording is all about balance basically – we usually try now to have certain people come in to lay down the area in a way we don't really understand – we just sit there and eat handfuls of salvia while these dowsers come in and point to what instruments are ready, you've got these geosophists pointing us in certain directions, sigils are going up all over the place, it can get pretty real in the year of the fourth trine. 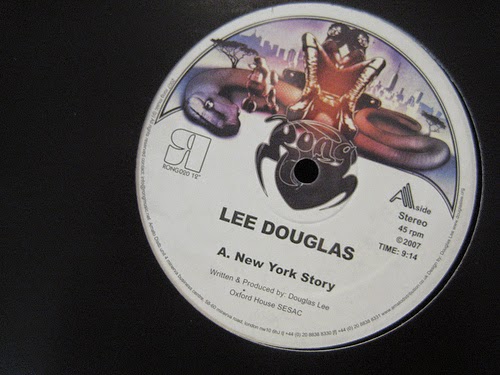 Hi it's me, Octavio. I have no life and they are making me update this on a Friday night. I have to work early tommorow morning anyhow at the stapler factory, so I'm not going out tonight anyhow.

This zine The New York Times reviewed (sort of) Year of the Pig. You can find it here. They couldn't say our name, but we're pretty sure they were talking about us, and not the Japanese band "Messed Up" that was on Blurred Records and is pre-JABARA:


That’s the name of a monstrous new 18-minute song by a neo-hardcore band from Toronto. And the name of the band? Well, suffice it to say that if newspaper coverage were a priority, the members might have called themselves Messed Up instead. You can find “Year of the Pig” on iTunes and elsewhere. The 1980s Portland, Ore., band Poison Idea is an obvious influence, although Poison Idea wasn’t known for composing multipart epics about sexism and serial killing and the meat industry. In any case, this is an unreasonably stubborn song, building momentum slowly as the guest singer Jennifer Castle murmurs the lyrics (“Pigs at the trough show no fear”) and Pink Eye, the band’s lead singer, roars them (“Pigs at the trough getting fat!”). The band trudges slowly along for six minutes, then builds momentum, then lurches forward, riding a relatively sleek groove as Pink Eye declaims the words (“Ashamed of the pig in our head/Ashamed, so we kill ’em instead”) as the band stretches up and surges forward and, finally, collapses in a heap. This is the second installment in a series inspired by the Chinese zodiac; with any luck, “Year of the Rat” is up next. (By Kalefa Sanneh)

AU- with the Year of the Pig release the band embarked on a 18+ minute opus not unlike what we found on 2004's Looking for Gold which also featured a 17+ minute song featuring all things unconventional. Can you tell us a little about this process and how it all came together?

10KM- Those two tunes don't really share that much. We scripted Looking for Gold to be really long, made sure it had a lot of parts and gaps that you could separate. I also think LFG is a lot more in line with the rest of our catalogue in that its loud throughout and is based on a conventional instrument set up. We were able to shorten it easily into "Invisible Leader" as a result. Year of the Pig started just as a 4 note riff I used to play onstage when I was setting my gear up and it just became a long song because thats how much music we wanted there to be. It was the most fun song to work through we've done. We'd never worked closely with other musicians before, and it was great to work the song out in practice with Max, who played organ and keyboards. We wrote sort of a skeleton of the song in practice and then fleshed a lot of the parts out in the studio, like a lot of the timing and most of the guitar stuff thats on the song.

The art on both sides of this 12" is by Ferdinand Hodler, a 19th century Swiss painter. This was a tricky record to choose cover art for, because it deals with an issue that doesn't really lend itself to subtle representation (prostitution) and we also didn't really want to go the literally route by putting some slaughtered pig on the cover of the album (although we did that for one of the 7" versions of this song because it was a sick photo). We spent a few days in the library until we came across this Hodler piece which fits really well because it kind of alludes to prostitution through public sex (because there are a bunch of men and women sleeping in a public place) but also the central guy seems to be about to get whats coming to him. The central black figure is obviously meant to connote Death and this fits the theme of the album, which is that the problem with our conception of sex work is that the responsibility for carrying with social taboo is with the worker and not the consumer. The cover is meant to allude to a get-back wherein the consumer is meant to pay the ultimate price, not the prostitute. We thought the art and the lyrics on this album were pretty cohesive, but lots of reviewers just thought the song was about animal rights :(.